Posted by: Miles B on August 24, 2010 in General Musings, Official Editorials Comments Off on Attention to Detail 1,139 views 0

It’s a crappy economy we’re in these days. Unemployment rates are still painfully high, numerous corporate bailouts, a gi-normous oil spill in the gulf. Yet the world of video games powers on undaunted. With the plethora of titles coming out these days, it leaves one to wonder why some big name titles have it, and some lesser known don’t? Well wonder no more fearless readers, I’m hear to explain to you how it’s all in the details!

Let’s face it. When it comes to video games, a large piece of what makes or breaks a game is it’s look. We’re all suckers for cool, slick looking protagonists with an attitude. Or some cutesy girl with big, bulbous, bouncing breasts and a mini skirt. And with the technology available to developers these days, they’ve got the power to create some pretty impressive looking characters. Obviously, with better tech, comes the ability to make models more finely detailed, and that’s great. But another key factor in making characters believable is their animations. Thankfully, developers seem to be noticing this fact, and with every game they improve more and more on this. It’s almost shocking how detrimental to a game’s immersiveness animation can be, but it makes sense.

When it comes to real world communication, body language is very important. When you converse with someone, you’re perception of them is influenced by everything they do, from looking you in the eyes to subtle hand gestures. If someone is fidgety we assume they’re more agitated. If they’re waving their hands around, we assume they’re excited(or a bit crazy). Since this is how the real world works, it’s important to translate that over to a game in order to correctly convey a character’s emotion. Let’s take Uncharted 2: Drake’s Fortune for example. 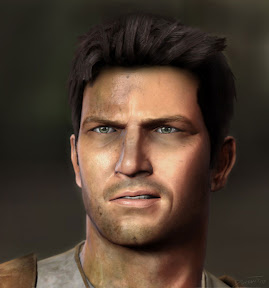 Arguably one of the best looking games to date, Naughty Dog’s Indiana Jones-inspired adventure is well known for often being mistaken for a movie (which is the only reason your girlfriend lets you play it instead of watching The Notebook). One could easily attribute this to Naughty Dog’s over attention to details, most notably in it’s character models. When protagonist Nate Drake became nervous, his eyes would get a little bigger.When he was flirtatious he’d suddenly have a bit of a swagger. All these extra little details in movement, facial expression and body language greatly helped to immerse players in the game. I’ll admit, I found myself so engrossed, I would actually leap out of my seat at a sudden explosion, or find myself misty eyed at all the lovey-dovey crap. Developers may want to start looking towards Uncharted 2 as a new standard in character animations.

One detail that is regrettably, often overlooked (and possibly my biggest gaming pet peeve) are running animations. Far too often do we find ourselves in control of our surly protagonist who is able to commit extraordinary combat maneuvers and death defying feats, only to look like a fool when we start running him around a level. Case in point, Dante from the ever loved Devil May Cry series. Now no one is saying Dante isn’t one of coolest, white haired surly action stars to date, but the way in which he gallops around evil castles, and demon infested sewers is laughable. Go ahead, pop in your copy of DMC, see for yourself. Sword wielding, half demon super badass, yet runs like a moron. His slow, methodical gait is totally in contrast with his badassness (sadly Ryu Hayabusa of Ninja Gaiden suffers this ailment as well). Frustrating? Yes! Still don’t believe me? How about Spider-Man in his somewhat recent Spider-Man 3 movie tie in appearance? Swing ‘ole Web head around NYC and he looks fabulous, really in his element. Multiple presses of the jump button will even get him to pull off some crazy-neat acrobatics between web swings. However, earthbound Spidey runs like a pansy! Flubs like this may be a bit nit-picky, but come on! A super hero running like a pansy helps to take gamers out of the reality of the game. And that’s a total bummer!

One major detail that can be often overlooked is the environments. Too many times developers have you looking at the same small, brick textured tile, running over and over down a wall, making it appear to be the computer generated model that it is. And with today’s tech, I daresay this is unacceptable. Perhaps developers don’t realize how much the look of an area effects a game. Lush, real looking environments, even the inaccessible ones that are just for show (see Final Fantasy XIII), really help keep us rooted in a game. Cue dynamic, dramatic lighting and the stage is perfectly set for our exceptionally rendered characters to start acting out their melodramas.

So yes, sometimes developers run out of much needed time to address these fine details. And other times they just simply don’t have the budget. But what would you rather have? A game released on time that looks a little clunky and perhaps unfinished? Or a game that’s slightly behind schedule but makes your jaw drop when you finally get your hands on it? Call me crazy, but I’ll take the latter option any day. And please don’t really call me crazy, it hurts my feelings.

Previous: Epic Win
Next: Ok, hold on a damn minute!