Ok, hold on a damn minute!

Anyone that knows me well, knows I love video games. More germane to the topic of my grand bitchery is the fact that I love the Final Fantasy series. It would be even MORE appropriate to narrow this down to my slobbering anticipation of Square Enix‘s new MMORPG and soul-sucking time sink, Final Fantasy XIV Online. I played FFXI for years and lost myself, like so many others do, in the world created for me. I spent countless hours leveling, questing, playing around, and managed to do all this without becoming a smelly hermit, afraid of the sun. 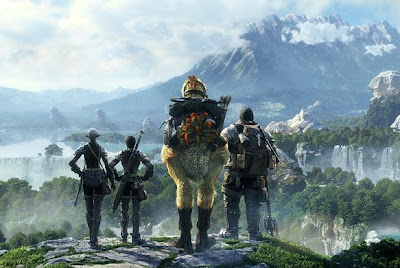 When I deleted my account about 2 years ago, it was VERY difficult for me. However, FFXIV had already been announced and I knew I’d be taking up the reins again soon enough. Well folks, in less than a month, I’ll be able to sit down once again and dive into a new MMO from my old friends at SE. I know there are people who are already playing the beta, and I’m not one of them. Not for lack of trying, mind you. I must have been denied a beta key based on my offensively high levels of awesomeness. Perhaps the test servers weren’t built to contain me. Oh well. After 2 years of waiting, I can wait a little longer. I have run into a few hiccups just recently, however…

First up is the sphincter-clenching realization that my PC isn’t going to be up to snuff. I ran the official benchmark provided to test your system’s ability to smoothly play FFXIV, and failed rather hard. Anyone who played FFXI knows that the game was rather undemanding because of continued support for the PS2 version. The graphics were kept down and nothing terribly taxing was ever included in the game because the PS2 wouldn’t be able to handle the same load as a gaming PC or the Xbox 360. Square Enix has taken the gloves off this time around and is providing a gorgeous game that will push limits a bit. Sure, anyone who already has a dominating game PC will scoff, but I built mine 2 years ago (which I know is antediluvian in tech life) and it surprised me a little to find out how unprepared I was. With a limited budget at my disposal, I have begun to upgrade my system, in hopes that I won’t have to replace EVERYTHING in my tower. All of that was a long way of saying that I am now investing a lot of money into this game, so I expect it to be good.

Now, I’m grounded in reality most of the time. I know that there is a very real possibility that FFXIV will not live up to my expectations. I’ve come to terms with that and it’s ok. I’ve seen some videos of the beta online and I’ve read some accounts of how the game plays. I know it will be very different from FFXI, and I’m fine with that. Some people will not be able to accept the changes. I think I’ve got a pretty open mind when it comes to (d)evolution in gaming. There have been some complaints about the game, to be sure, and most of them revolve around the new approach toward casual gamers. World of Warcraft has always done an amazing job of inviting in the casual gamer and giving them a world that they can play in at their leisure. There not only isn’t a penalty for playing sparingly, but they have a system in place that actually rewards taking breaks from the game. Its called “rest exp“, and it accumulates while you’re not playing the game, providing double experience points for a time directly related to how long you’ve been gone. Its genius. The hardcore players don’t see a difference because they are playing constantly and don’t build up that “rest exp”, but casual players receive a nice little nudge by taking time away. Final Fantasy XIV has a new system in place to help out the casual players as well, but it’s a little different… 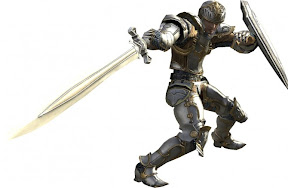 Once those 7 hours are up, you will receive no experience on that class for the rest of the week, at which point the timer will reset. If you change classes, you get another 8 hours for that new class, plus the 7 decay hours. So if I’m leveling my Gladiator for 5 hours, then switch over to Archer for a few hours, I can go back to Gladiator and still have 3 hours of full exp before it starts to deteriorate. But hey, what if I don’t WANT to play another job class? What if the ONLY reason I want to play the game is so that I can be the best goddamn Gladiator on my server and I don’t want to spend time fishing or casting spells?

Game director Nobuaki Komoto had this to say about the time limit:

“First off, the main concept behind FFXIV is allowing those players with little time on their hands to play effectively, and game balance is based off of that. Furthermore, it is being designed to not give those with more time on their hands to play an unfair advantage. Because of that, systems such as Guardian’s Favor (a bonus to Guildleves) have been implemented to make leveling in the short-term easier than leveling in the long-term.”

This is effectively telling me that I am not allowed to play my favorite class all week unless I want to stop progressing. Are you kidding me?! I understand that there are a lot of people who play for really unhealthy amounts of time, skip work, forget their families and friends, etc. I understand that this will keep casual players somewhat on par with the hardcore players, in terms of leveling. Here’s the reality of it though: I’m paying for a service and being told I can’t use it as much as I want. That’s what I like to call “fucking baloneysauce“. What does this mean in terms of the game? Well, everyone under the sun will be leveling their main jobs on Sunday/Monday and then playing jobs they don’t care as much about for the rest of the week. Is this really going to assist the casual gamer? No, and I’ll tell you why. Let’s say the casual player has a level 25 Marauder and, thanks to this bullshit system, so does the hardcore player. Seems even enough. That is, until you notice that the hardcore player has EVERY job class at 25 and the casual only has one. How is this balanced or fair? Oh right, its not.

If Square Enix wants to appeal to the casual gamer, why not try something like rewarding them for being casual? Penalizing your hardcore fanbase for being hardcore is going to do nothing but alienate the ones who made you popular in the first place. Whether people like it or not, hardcore players are necessary to keep the game in motion. They drive the economy, they spearhead the big endgame events, they provide stability to the player base because they are always online. Sure, some of them are elitist pricks who think the game world owes them something, but not all people who play a lot are douchebags. 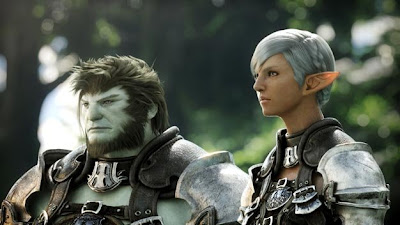 I hope SE sees how insane this system is and removes it or tweaks the SHIT out of it before the official launch of the game. When I get in there and pick up my weapon of choice, its just that: my choice. If I want to play another class, I will do so. What I will NOT do is sit back and let SE dictate how long I can play the game. If it comes to that, I’ll throw up my arms, cancel my account, and send them a terse email saying “I’ll be back when this game ceases to be run like a totalitarian regime. Don’t you worry about my time. Let me worry about that.”

Previous: Attention to Detail
Next: Open Beta for FFXIV!