Before I start this…whatever it is, I want to talk about something that saddens me, regardless of the nostalgia associated with it. Yesterday was Gene Roddenberry’s birthday, were he still with us he would have just turned 89 years old. I was born into watching Star Trek; my father watched it when it first aired in the 60’s. Having been born in 1987, I literally saw Star Trek: The Next Generation from beginning – straight out of the womb; still had birth goop on me – to end, every Saturday at 7pm on Channel 11. I watched the other spin-offs as well; I even dressed up in a Starfleet uniform for Halloween when I was in elementary school. Like video games and film, Star Trek was simply another part of my childhood that has stuck with me into my adult life.

Unlike the fanatics, I don’t fantasize about being waist deep in Orion slave girls, nor do I sing songs in Klingon about the great tribble hunt. Star Trek is and always has been simply one of the most intellectually and thematically pleasing programs I have ever had the pleasure of watching. Thanks Gene.

It was fun, but all good things must come to an end – or in this case, hit a wall at a critical angle doing 160 mph. With the cancellation of Star Trek: Enterprise in 2005, the franchise has not been seen on the small screen since, except for the reruns. The newest mainstream incarnations of Star Trek are in the form of the new movie, produced by J.Jerkoff Abrams, and Star Trek Online.

Star Trek Online was developed by Perpetual Entertainment in the form of random screenshots released over a period of five years from 2004 to 2008. After facing bankruptcy, all assets minus the game’s engine were transferred to Cryptic Studios who developed the game until its eventual release in February of this year. I joined the game in June under the alias of Tony Raktajino, a mere four months after its release, in the midst of a minor update, Season 1.2. As for my personal thoughts on the game, I enjoyed it immensely. It took the default spokes of any MMO (grinding, leveling, timesinks, and loot) and infused it into Trek lore; they told new stories, they brought back old villains, and they made the experience immersive.

Last month, the game went through a massive update known as Season 2. This update added some new sectors of space for the Undine race, and added some missions to accompany them. The Klingon faction received some exclusive missions. Three new retrofit ships were added. The Dabo mini-game was added. Overall, there was a ton of content added, and Cryptic augmented this update by serving up key points of the new updates for Seasons 3 and 4 already on the horizon. 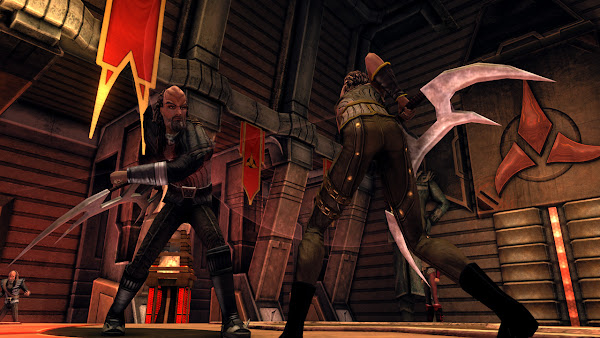 Many issues and needs/desires were met, and the update was an overall hit, except for the massive amount of bugs that came with it. Exploration, PvP, even the Exchange; they’re all bugged. However, I don’t place blame solely on Cryptic. I am not in the business of alienating my fellow MMO’ers, but STO probably has some – SOME – of the most fickle players I have ever had the “pleasure” of gaming with. Season 2’s bug infestation is a combination of the whiners whining, and the STO devs meekly giving in to their demands. Many of us who tested Season 2 on STO’s alternate server, Tribble, screamed at the devs NOT to release Season 2 on its projected date due to the amount of bugs associated with it. Unfortunately, the people who wanted the patch released anyway were just as vocal. The problem is that the STO devs turn to the doom-and-gloom ridden STO forums. Here is my theatrical impression of said events:

2.   “I want the Galaxy-X Starship but I don’t want to have to refer 5 people to STO”…”OMFG THE GALAXY-X IS IN THE C-STORE, THAT IS A SLAP IN THE FACE TO EVERYONE WHO REFERRED PEOPLE /RAGEQUIT”

4.   “I don’t care if the game isn’t finished yet WE WANT A KLINGON FACTION”…”WTF, Where is all the Klingon content?!!?!? /nerdrage FIX IT…..Btw we want Romulans, Undine, Borg, and Dominion too, kthx” 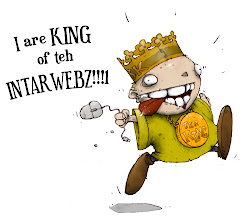 And my all-time favorite thus far…

7.   “WE WANT MORE SHIPS, for the new Vice Admiral rank but we don’t want to have to buy them from the C-Store”…”WTF so I can either grind for it by doing daily missions OR I can buy it from the C-Store? You’re giving me OPTIONS?! You C$%^!!! THAT IS SO UNFAIR, /EMONERDRAGEWRISTSQUIT”

I actually felt my insides beginning to pickle as I was writing that. While it is a crude representation of the forum community – and to be fair, it’s not the majority, but these people are unfortunately the most vocal – it definitely paints somewhat of a picture, in fact, an “I quit” thread just popped up on the STO forums as I was writing this.

STO is NOT a bad game. Every negative and positive review deserves an asterisk next to it because the game is barely out of its infancy. Even the big games like World of Warcraft and Final Fantasy XI experienced similar problems at launch. STO is a niche game and is going strong thus far. Cryptic has a lot of neat things on the horizon and, even with Season 2’s shortcomings, it was still a big boost to the game; and let’s be real, the bugs are being fixed. What Cryptic needs to do is focus on THEIR game plan and stop listening to the forums. MMO forums are the last place you want to go for advice; hell, even on WoW’s forums you can still find players complaining about this and that and how that plus this and microtransactions will lead the games to their imminent demise. It won’t, and it won’t happen to STO either.