Here’s some info about the main character, Hawke, and a couple of pre-alpha screenshots. Remember, pre-alpha means that it is likely to get WAAAAAY better before the game comes out next year. Keep that in mind before you judge the graphics.

1. Hawke will be a voiced character.
Unlike Dragon Age: Origins, the player’s character in Dragon Age II will be fully voiced. This opens the door for a more cinematic approach to dialogue and creates an identity for the character outside of the text you see on-screen. It also eliminates those awkward scenarios where you feel like your character should be reacting, but instead just stares blankly without so much as a grunt.

2. Hawke is human.
Yes, that means that you won’t be able to select Hawke’s race. However, just because that one aspect of Hawke’s backstory is set doesn’t mean BioWare is eliminating character creation. You can still choose your class and customize your appearance. When we visited BioWare’s studio, we only saw (and heard) the male Hawke in action, but the team promises that players can select either gender for the character. 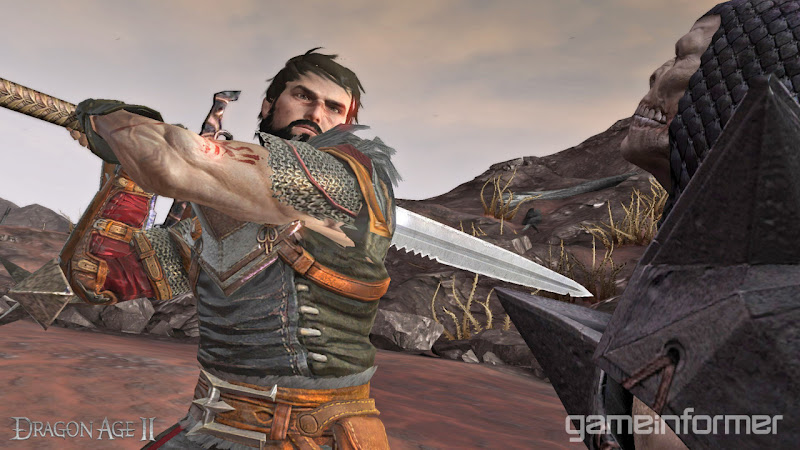 3. Hawke didn’t just survive the blight…he escaped it.
As the Grey Warden from Dragon Age: Origins was fighting darkspawn, Hawke was living in Lothering. Fans will remember that the small village was raided and destroyed (an event that occurred off-screen in Origins), and Hawke was one of the survivors. However, rather than stay and fight the darkspawn menace, Hawke flees Ferelden and heads north.

4. Hawke is the Champion of Kirkwall.
Kirkwall is a major population center in the Free Marches, a collection of city-states north of Ferelden. This means that at least some of the action in Dragon Age II will be set in Kirkwall itself, though Hawke will also spend time in other areas of the Free Marches. What exactly Hawke does to earn the honorary title of Champion, however, is up to you.

5. Hawke drives the story.
Dragon Age II is not about killing an ancient evil or about quelling another blight; Hawke is the driving force behind the narrative. Over the course of the game’s 10-year timeline, players’ actions and choices will determine Hawke’s history, relationships, and regrets…all in service to answering the larger question: Who is the Champion of Kirkwall? 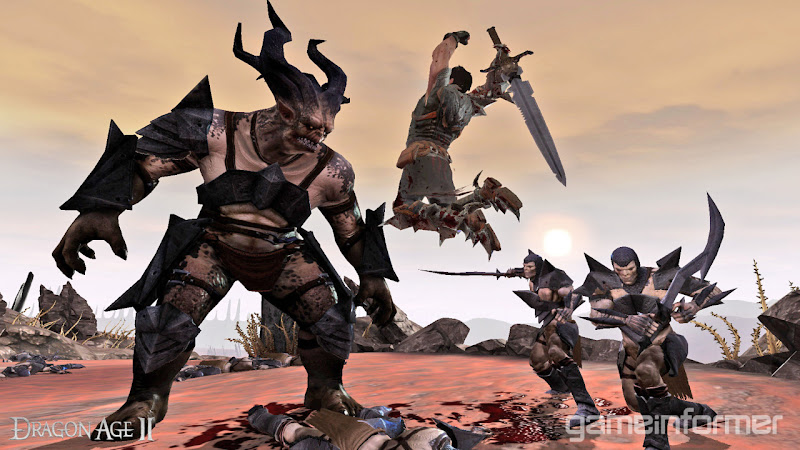 As promised, we’ll give you all the Dragon Age II info we can, as it becomes available to us. Keep checking back for more!

Previous: Musings. Check It Out Or Perish.
Next: GR The Podcast : Episode 31