There’s A New Sheriff In Town

If you’ve been following the podcast, you’ve probably heard stories about an infamous character in Alex’s playthrough of Fallout 3. Well, after being hounded for a photo, I’ve finally taken one. You wanted it. You got it. Here’s a picture of Cool Thomas Jefferson. What was once a Latin paramour roaming the D.C. Wasteland doling out tough justice, is now a man cursed by the wig of a former president. Now, there is nothing this man won’t do. Is anyone safe? Probably not. But wait…. what’s this star upon his chest? That’s right, folks. Cool Thomas Jefferson is the new sheriff of Megaton. It seems, Lucas Simms wasn’t doing a good enough  job of keeping the riffraff out, so CTJ took over the position. Megaton is now a very safe place to live with a thriving population of 3. There were too many undesirables around, so Sheriff CTJ took out the trash. Problem is, compared to him, almost everyone is trash. 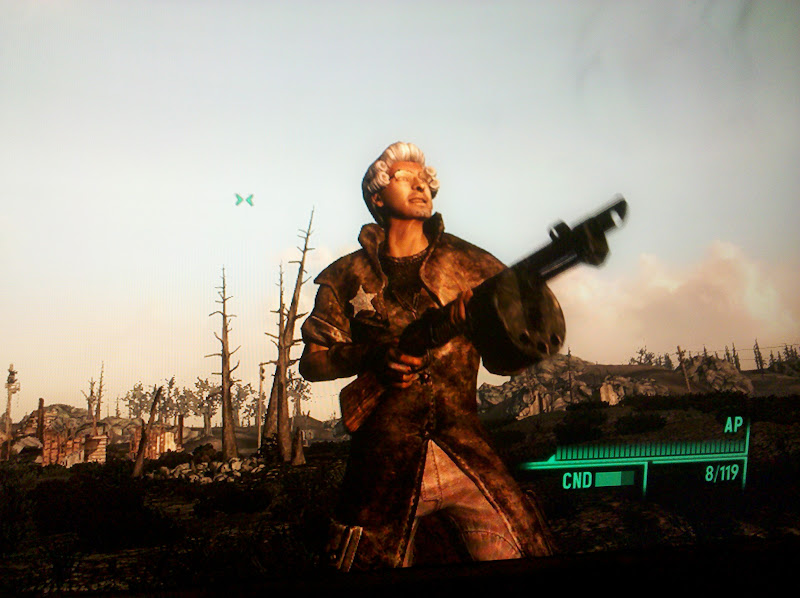 Previous: GR The Podcast : Episode 41
Next: Its Like They Watch Our Show…